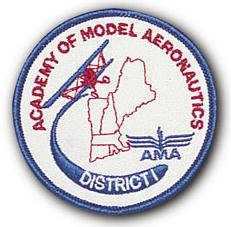 Visit the newly updated AMA District I website for the latest news and information.

Our first Ground School session last night was a success, check out the pictures and video of the session.
Fiberglassing 101


Bristol County Radio Control Club (BCRCC) is a non-profit club chartered by the Academy of Model Aeronautics (AMA) for the promotion of radio controlled (R/C) model aircraft. The club is based in South Dartmouth, Massachusetts, and is comprised of approximately 35 members, coming from all walks of life, and is devoted to the design, construction and flying of R/C model airplanes and helicopters. Founded in 1984, the Club’s name is derived from the region located in the southern most part of Massachusetts. Today, the Club maintains a field located in South Dartmouth Massachusetts and a float flying location at Mary’s Pond in Rochester Massachusetts.  The club offers free training to anyone that would like to learn to fly R/C model aircraft. Membership in Bristol County Radio Control Club is open to all current AMA members. The Club holds monthly meetings, as well as fun-fly events, and a float fly held annually in the fall at Mary’s Pond. My introduction to model aviation came to be with a visit to a New Bedford Regional Airport Air show some ten plus years ago. Two gentlemen by the name of Don Jackson and Herbert Andrade gave me a brief introduction to Model Aviation as they were flying their models at the air show. I later met them at the flying field and have been hooked ever since.

Our club has seen its share of outstanding fliers and builders. Some of those individuals are still with us but sadly some have passed on. The continuing goal of this organization is to educate the local youth in our community with the same desire and passion that they had and we have for model aviation.

I am proud to be part of an organization that promotes this hobby to young and old alike.  It is thru the efforts of the officers and active members that Bristol County Radio Control Club has been a viable modeling group for over 30 years and continues to get stronger each year. I look forward to the future of model aviation and the continuing development of our club. All of us associated with aviation, be it with models or full size aircraft, know that flying is the second greatest thrill known to man. Landing is the first!

Secure the future of Model Aviation, Grab a child and go flying!